Koji Kato is a rice grower in Fukushima city who dedicates most of his efforts to cultivating Koshi-hikari and Ten-no-tsubu rice. He’s particularly passionate about Ten-no-tsubu, which he began planting in earnest immediately following the Great East Japan Earthquake. “The individual grains are so distinctive,” he told us. “They’re large and really stand out. It makes sense that the variety is called ten-no-tsubu (“heavenly grains”)”. He went on to tell us more about why this type of rice is so special. “The texture is brilliant--firm on the outside, but soft and springy on the inside. It has an incredible aroma when it’s freshly cooked, too.” Not many people had heard of Ten-no-tsubu just after the earthquake, but Kato led the way in making it his signature product, actively participating in events and sales meetings to promote it. “I think we’ve developed a brand that has a relatively young following,” he said. “We’ve even got a contract in place this year to begin selling it at a specialty store in Tokyo that carries name-brand rice from all parts of Japan.” Kato’s certainly playing in the big leagues now. 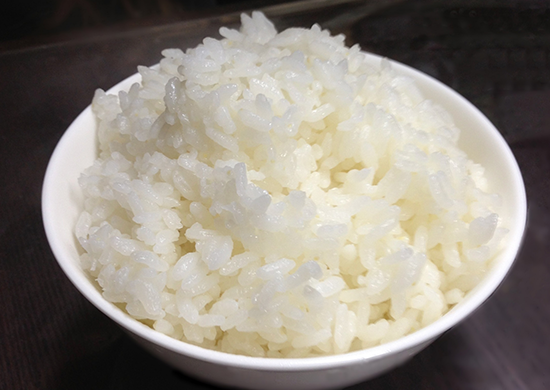 Fukushima is so renowned for its high-quality rice that it’s often called the “rice heartland of Tohoku”. Fukushima City in particular is located in a valley that is close to water sources and experiences large daily temperature swings--creating all the right conditions for growing rice. “Fukushima City bottles its tap water and sells it as “Fukushima Water”--and this year they won the Monde Selection Gold Medal for the third time in a row,” Kato tells us. “It’s the water that makes the rice.”
Kato throws his youthful passion into quality rice production--from calibrating his fertilizers and preparing the soil to finding ways to improve taste, production technologies, and productivity. He leaves us wondering what else he could possibly do better. If he sees another grower doing something he admires, he wastes no time in asking them for advice, either. After the earthquake, he expanded his wet rice fields by 250% to about 32 hectares, and his outsourced fields by nearly the same amount. In 2014, he established a corporation in order to solidify his agricultural business foundations. The following year, his business recognized as an official agricultural corporation. Today, he works as a seamless team with his wife Emi, running the business and production side while she handles most of the sales work.
Kato has also applied to have Ten-no-tsubu and every other brand of table rice he produces certified under the global GAP (Good Agricultural Practices) program. He has already been certified nationally as a JGAP instructor, an honor he received after the earthquake for his farm’s dedicated efforts towards food safety and environmental conservation. And he’s ready to do whatever it takes to get there. “It’s more important than ever that we develop the trust and competitiveness we need on an international scale as we work to ease import restrictions on Fukushima rice in a variety of countries.” Given the area’s aging population of growers and the hardships brought by the earthquake, Kato has taken it upon himself to protect the land he loves.
“Still, we have to be wary of having too much pride,” he cautions. “Falling into that trap will end up holding us back, and we won’t accept what people around us have to offer. We need to be open to feedback and ideas from all kinds of people, identifying the value that each brings to the table and then working together as a team to continue growing exceptional rice.”

Now’s your chance to try Fukushima’s incredible rice!
To buy them, visit our special sites on Amazon, Rakuten, or Yahoo! Shopping shown on the right.