“When we first started sitting down with potential buyers, we were often told that people would never use chicken meat that costs more than beef. Even now, it's as valuable as premium Japanese Black wagyu,” explains Kazuhiro Kodaira, president of Aizujidori Mishimaya and executive director of the Aizu Poultry Association. Most of the Aizu Jidori that he's involved in raising, processing, and selling ends up at restaurants in places like Tokyo, Osaka, and Wakayama.
“It's a cutthroat world dealing with the restaurants that provide food directly to customers,” Kodaira told us. “It's like I'm going toe-to-toe with the professional chefs who are honing their skills at these places. All the more reason that I don't want to discount my prices as a way to curry favor with anyone. I've got to take full responsibility for the chicken I'm involved in producing. Our customers in particular--many of them high-end Japanese, French, and Italian restaurants--are always in serious competition with one another, as they're mostly smaller establishments that are quite particular about their food.” 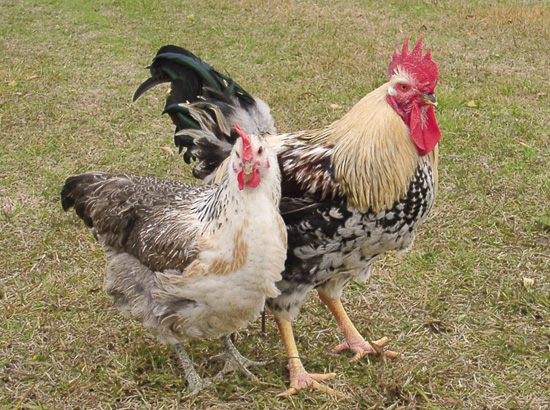 Aizu Jidori is said to have gotten its start when a fugitive Heike clan brought the birds into the Aizu area as pets. They're thought to have only existed in this region for over five hundred years, avoiding cross-breeding with other chickens and maintaining the purity of their line. They have bold, beautiful feathers and are often kept simply for their beauty. Aizu Jidori is finally getting an established reputation, as it's only recently that the breed was first used as food, with full-scale meat production beginning in 1992 after some research and improvements.
Kodaira studied animal husbandry at the Tokyo University of Agriculture, and originally got involved with Aizu Jidori as a processor. It wasn't long, however, before he branched out to actually raising the animals. “One of my professors at university was one of Japan's leading chicken experts,” he told us. “I'd pick his brain whenever I could, and after digging for quite a bit, I came to find out that the person who was working on improving the Aizu Jidori breed had actually been one of his senior lab colleagues. I felt like it was fate.”
Kodaira's history with producing chicken has gone hand-in-hand with the process of establishing the Aizu Jidori brand--but that road has been far from easy.
“Because Aizu Jidori doesn't pass through the consumer markets, I had to go out and sell it myself--something I wasn't used to at all,” Kodaira says. “There are costs involved in production, and if we set the price at a level that makes sense for the quality and flavor of the meat, it inevitably ends up being quite high. Truth be told, I had to elbow my way in to get to the restaurants willing to pay it. But it actually turned out for the best. I think that being put to the test by professional chefs while also dealing with the competition really forged the Aizu Jidori brand.” The people of Aizu have a special tenacity about them, and they bring that powerful will to raising Aizu Jidori.
The negative press that followed in the wake of the earthquake made things hard for a time, but the brand has since recovered, and production volume has risen beyond pre-disaster levels. “I went to sell some grilled chicken at an event in Osaka after the quake, and a little kid clutching his pocket money came by three times to buy it from me,” Kodaira recalls. “Seeing that gave me the courage I needed to push ahead. I knew we'd be fine if I just kept going.”
The Aizu Jidori that Kodaira offers is also available for purchase online. He has customers across Japan--people who know how good it is from trying at restaurants or events. There are even people who have opened cooking schools and use his chicken there. 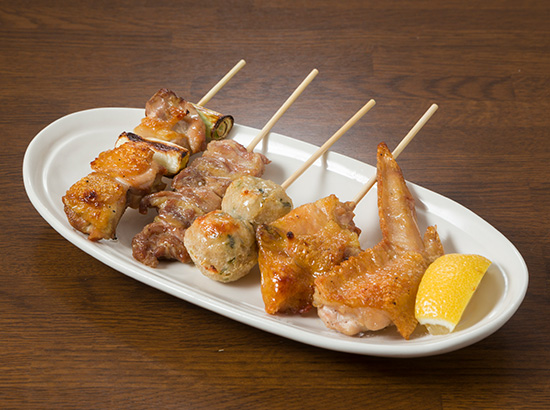 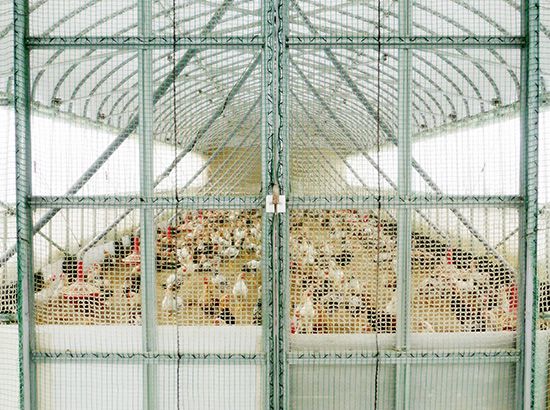 Most “jidori”, or “local breed” chicken is generally thought to have a pleasantly firm texture with a richer chicken flavor. But Aizu Jidori is extra plump with a more refined firmness, and the rich chicken flavor is further enhanced by an unmistakable sweetness in the fatty portions.
Kodaira explained that it is the job of Aizu Jidori producers to maximize the distinctive texture and flavor characteristics of their brand. “They get high-protein feed with a healthy balance of vitamins and minerals--similar to an athlete's diet. They're fattened up for more than twice as long as Broiler chickens, and we exercise them a lot during that time. That's how we firm up the meat and get more concentrated savory and sweet flavors.”
“The sweetness in the fat is particularly memorable for people,” he happily points out. “Once they try it, it's a taste they never forget. The flavor is so intense that chefs can make it taste incredible without doing anything to it--something they've told me is wonderful but also irritates them a bit. What I take the most pride in is having these professionals tell me how delicious Aizu Jidori is and to keep using it in their dishes.”

Now's your chance to try Aizu Jidori!
To buy them, visit our special sites on Amazon, Rakuten, or Yahoo! Shopping shown on the right.