The secret behind a blockbuster jidori chicken brand destined for success

If we’re going to raise jidori chicken, let’s make it one of the best breeds in the country!
That’s what Osamu Sato told us that he and about a dozen other family Kawamata Shamo producers vowed to do when they established the Kawamata Shamo Meat Study Group (now the Kawamata Shamo Promotional Council) 33 years ago. He still heads up the organization today, and their passion for success has since paid off. Today, Kawamata Shamo is known throughout Japan, fetches a high price on the market, and is served at renowned restaurants. Those who know quality food rave about Kawamata Shamo.
What people most love about it is the springy, firm texture of the meat and the delicious savory flavors that seem to intensify the more you chew. “For some reason, we have a lot of customers who use it in their French restaurants,” Sato told us. Most likely, it’s the fact that the powerful umami flavors stand up to the richness of French dishes. 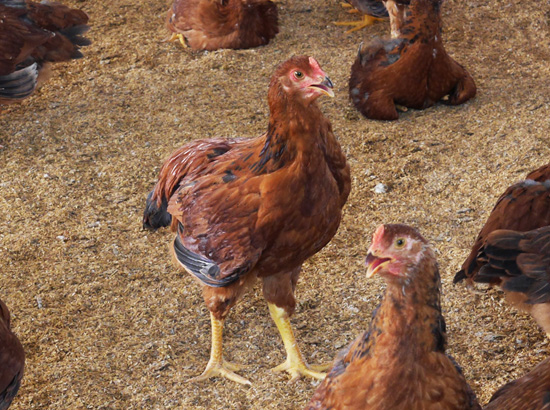 It’s fair to say that Kawamata Shamo was a jidori chicken brand that was always destined to succeed. In addition to the Kawamata Shamo Promotional Council producer group, a public corporation to promote agriculture in the town of Kawamata (and be involved in the processing and sale of the chicken) was also formed right away. This clearly separated the production side from the sales side, a strategy that was designed to allow each to specialize. Then, a little over ten years ago, the producers started raising chicks from eggs, establishing Kawamata Shamo Farms as a supplier to all of the chicken-farming households and further solidifying their production system.
“The strong ties between producers is our greatest asset,” Sato told us. “We stay in close communication, use the same production methods, the same feed, check on each other to make sure we’re doing things right, and at the same time help each other out when it comes to production itself. The dozen or so Kawamata Shamo-farming households are like family.”
One thing they’ve been absolutely committed to from the beginning is quality over quantity. Japanese Agricultural Standards demand that Jidori (chicken) be raised in a free-range environment with no more than ten birds per square meter, and that they be fattened for a period of no less than 80 days. Production standards for Kawamata Shamo are even stricter, with only three or four birds allowed per square meter of free-range space and a fattening period of 110 to 120 days. The more space allocated to each animal, the less stress they experience and the better the quality of the meat; the longer they are fattened, the more intensely flavorful they are upon delivery. 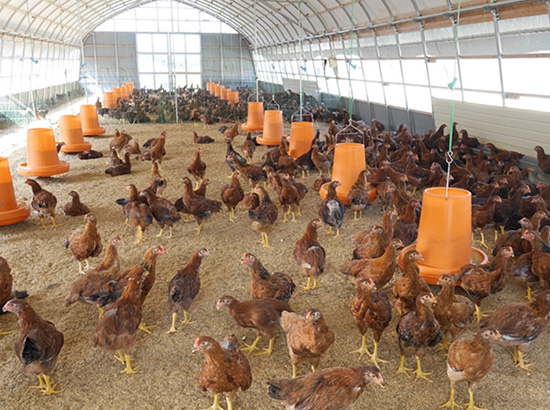 Still, the brand took a serious hit as a result of the post-disaster rumors, and there was a time when they were only producing about 60% of their normal volume. Even their regular buyers started distancing themselves. The producers had always raised their chickens on spring water with zero antibiotics or hormones, but after the earthquake they moved them all from their outdoor areas to indoor coops and inspected them to ensure that the meat itself was safe. Still, most of the buyers they lost didn’t come back for a while.
“Even with all that, we didn’t change our production policies,” Sato told us. “We took a more aggressive sales approach, landed new clients, and now our production levels are even higher than they were before the quake. Kawamata Shamo comes as the result of close producer ties. In the end, I think that’s one of the major reasons we didn’t succumb to the rumors.” “Of course,” he added, his lips widening into a smile, “the fact that we offer the best flavor didn’t hurt, either.”

Now’s your chance to try Fukushima’s incredible Kawamata Shamo!
To buy them, visit our special sites on Amazon, Rakuten, or Yahoo! Shopping shown on the right.