Shimimochi rice cakes are a preserved food made by hanging mochi outside in January or February--often on the eaves of the house--to be exposed to the winter winds, which dries and freezes them. It’s a traditional food developed by farmers in Tohoku, said to stretch back to the mid-Edo period. In Fukushima Prefecture specifically, it’s made in the Aizu region and Abukuma mountains. Mugwort or burdock leaves are often folded into the pounded rice so that it freezes more easily, which has earned shimimochi a new reputation as a natural, healthy food.
Winter brings heavy snows to Kitakata, and it is here that Shuichi Fukushima, who runs Fukushima Farm and whose family has farmed rice for nearly 400 years, carries on the cultural tradition of making shimimochi rice cakes as well. 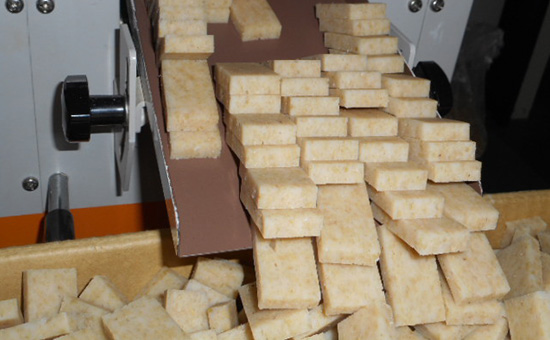 Shimimochi itself can easily be purchased at roadside stations, JA farmers’ markets, souvenir shops, some food stores, and, more recently, even online. It’s typically eaten by reconstituting it in water for five or six hours and then grilling or steaming it according to preference. But Fukushima eliminates this drawn-out process by frying the shimimochi into okaki rice crackers so that it can be eaten right out of the package--producing and selling an AFFrinnovation product.
“I started producing these when we had that dismal harvest back in 1993,” Fukushima recalls. “Luckily, they were a huge hit--so I’m still selling them today. Farmers can only sell what they harvest, which makes for some hairy business conditions. I started making the crackers in the hopes that we’d have something that we could sell year-round.” 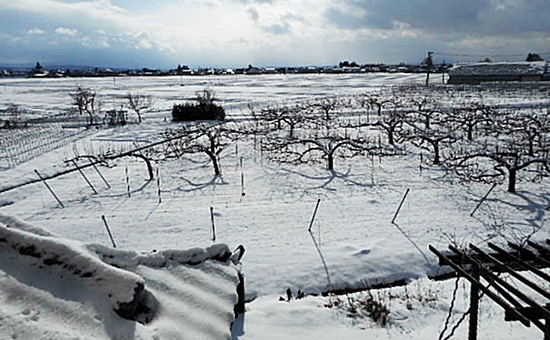 Fukushima’s shimimochi is primarily made with brown rice in an effort to make it healthier. This not only gives it a more authentic rice flavor, but also makes it easier to remove the oil when it comes out of the fryer, so it’s never greasy. “I cut the shimimochi into bite-size pieces that are easier to eat, and then fry them in rice-bran oil--which has a complementary flavor--starting from room temperature. I then create variations on the finished product by adding soy sauce flavor or miso flavor, garlic, chili pepper for a spicy kick, a sweeter version with sweetened soy sauce, and so on,” Fukushima explains. Frying them from room temperature takes time, but it ensures that they come out crispy all the way through.
Fukushima Farm uses cyclical agriculture practices, growing vegetables and raises livestock in addition to producing rice, feeding the rice straw to its cattle, and then using their dung as organic fertilizer. It is also a multifaceted agricultural business--offering farm accommodations, for example. “The more different things we do, the more opportunities I have to meet people that I wouldn’t have otherwise met,” Fukushima says, likening his business practices to the fountain of youth. “It’s exciting and stimulating--the perfect antidote for senility.” No doubt that he will continue with his extensive farming business while taking pride in bringing his customers delicious food. 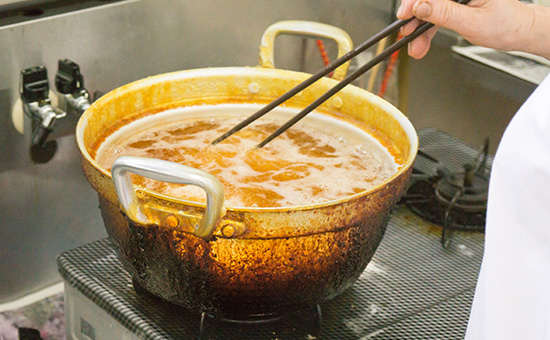 Now's your chance to try Fukushima's incredible shimimochi rice cakes!
To buy them, visit our special sites on Amazon, Rakuten, or Yahoo! Shopping shown on the right.