Fukushima Prefecture produces all kinds of mushrooms, from shiitake and nameko to maitake (hen-of-the-wood), wood-ear, and king trumpet mushrooms--and is known as an important production center supplying the Tokyo metro area and various other regions across Japan. As a result, producers all over the prefecture have been dedicating themselves to mushroom production for decades. Suzuki Farm is one such producer, growing mushrooms for more than forty years since it was first established in 1975. Today, the farm owns three production plants in Fukushima, and boasts an astounding production volume of four million bed-cultivated nameko mushroom pots annually. 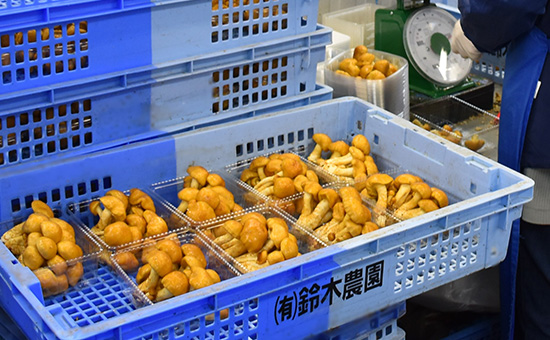 Tadashi Suzuki is the second son of the man who founded Suzuki Farm, and is expected to take over the business alongside his older brother. Tadashi earned a law degree from a university in Tokyo and had an interest in business management, so he went to Sendai to study accounting. During his third year, Great East Japan Earthquake struck. The disaster brought him back to farming.
Tadashi grew up surrounded by mushrooms and the people who worked with them. “I saw the tremendous potential in running an agricultural business,” he told us, “but to tell you the truth, I didn’t think I was cut out for farm work. Then the quake hit, and I was completely absorbed in helping out with the family business. That’s how it started, but in the process I realized how much fun it was. After that I was hooked.” 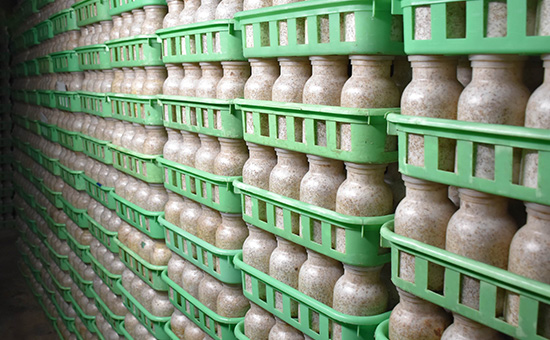 Suzuki Farm’s business operations took a direct hit from the quake--first from the damage itself and later from the damaging rumors. The family went through some truly hard times. The employees that had befriended Tadashi since he was a child said they’d work without pay--they just wanted to keep growing mushrooms at the farm. He treasured their words, and they’ve stayed with him ever since.
“My father and everyone else here is a nameko artisan through and through,” he told us--a bit shyly. “All they care about is finding ways to make more delicious mushrooms.” Buyers come not only from the Kanto region but from far-flung parts of Japan to get nameko mushrooms directly from Suzuki Farms. It’s a testament to just how good they are.
In addition to its regular small-sized nameko mushrooms, Suzuki Farm grows mid-sized as well as giant mushrooms it calls Jumbo Nameko. They’re a signature product of the farm and a trademarked brand developed by Tadashi’s father through a process of successfully improving his spawns. They’re low in moisture and less slick than regular nameko mushrooms which, even with their larger size, makes them easier to eat. They’re a delightful product that can be used for tempura, stir-fry, and many other dishes while retaining their distinctive nameko flavor and firm consistency.
“Jumbo Nameko mushrooms are such a high-value-added products that they were rarely pulled from the shelves following the earthquake,” Tadashi recalls. “But for farmers, the earthquake is far from a thing of the past. They’re still recovering. In my mind, it’s the generous and consistent support we’ve received from distributors, restaurant owners, financial institutions, and others that has allowed our unique Jumbo Nameko brand to thrive. In that sense, the brand is a symbol of our comeback from the disaster.”
We closed by asking Tadashi about what Fukushima Pride meant to him. “Connecting with people,” he replied without hesitation. “It’s everything.” The proud expression on his face was unforgettable. 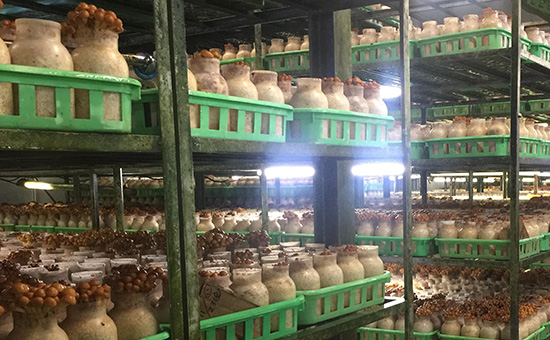 Now's your chance to try Fukushima's incredible nameko mushrooms!
To buy them, visit our special sites on Amazon, Rakuten, or Yahoo! Shopping shown on the right.