Locally renowned as the crowning jewel of “Joban catch” products
White meat, liver and skin, every part of the Fukushima monkfish is delicious Producer：Ken Suzuki

If you ask the people of Fukushima to name a signature winter seafood dish in their area, “monkfish hotpot” is likely to be a common response. It goes to show just how popular monkfish are around here. The Oyashio and Kuroshio currents meet off the coast of Fukushima Prefecture. This fertile convergence results in the "Joban catch" that discriminating professionals are willing to pay a premium for.
“When you cut open a monkfish,” Suzuki told us, “you often find in its belly small fish such as sardines and mackerel that it swallowed whole. That goes to show you just how rich and fertile the waters off Fukushima are. It’s the single best indicator of how tasty the fish is” Ken Suzuki, captain of the Daisan Jinyo Maru out of Iwaki, told us. 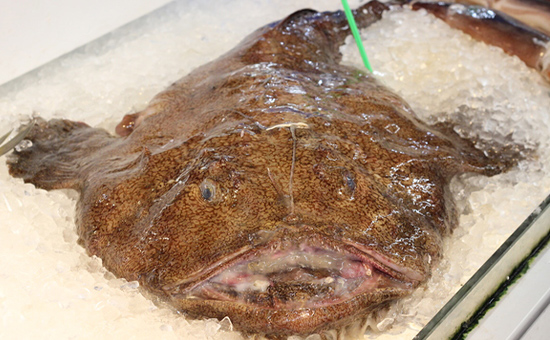 It’s been more than twenty years since Suzuki first stepped on a boat. Although that’s only a moderate amount of time in fishermen’s terms, his incredible career has already positioned him as a veteran of his trade. Suzuki operates a small bottom trawler. Bottom trawling is the most common way of fishing in Iwaki. The smaller craft gives him added mobility and allows him to fish closer to shore, so the fish he catches can be immediately delivered to shore. The fact that Iwaki fish are so fresh is one of the reasons they taste so delicious. 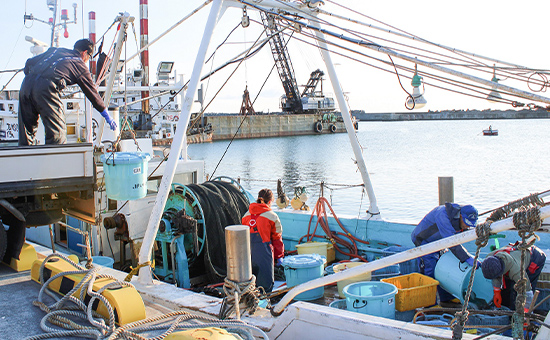 Suzuki has been fishing with his dad from the beginning―and the two still operate as a father-son team. “My father is a real old-school guy,” Suzuki told us. “He expected me to learn to fish by watching.” He never explained anything, so there were plenty of times I didn’t know what I was doing― but looking back, his actions taught me everything I needed to know. The most important thing he ever taught me,” Suzuki revealed, “was to do everything you could to get just one more fish. Forgetting that spells the end for a fisherman.”
Still, verbal tussles are part of everyday life for the two men working together. “He’s definitely stubborn, so even if there’s a more efficient way of doing something, he’ll try to go back and do it the way it’s always been done,” Suzuki says with a wry grin. Suzuki’s father is such a big name in the Iwaki fishing world that you won’t find a local fisherman who doesn’t know who he is. It was a long, arduous recovery for the local fishing industry after the Great East Japan Earthquake, and Suzuki’s father shouldered the heavy responsibility of chairing the Trial Fishing Committee of the Iwaki City Fishing Cooperative, driving his community out of the crisis. “My father is my pride and joy,” Suzuki told us. “Nobody else could have done what he did.”
Suzuki followed in his father’s footsteps by becoming head of the junior fishermen’s division of the co-op. He served as a proactive and energetic leader, promoting the safety and sales of Iwaki seafood by working with restaurants in the capital and putting on seafood shows in big cities like Tokyo and Osaka. As part of these efforts, he pushed to get “Joban catch” recognized as a brand name. People already know about flounder as a ‘Joban catch’ product but people around here are also working to get things like Iwaki lobster and tiger puffer branded as well.
“Every part of the monkfish is delicious,” he explained. “The meat is packed with flavor, the liver is rich and mild―even the skin is plump and flavorful. Nothing gets wasted. It’s a premium fish that often gets served at local inns and gastropubs so in time I hope to make it an officially recognized brand. When you think about it that way,” he concluded, “monkfish is already locally renowned as the crowning jewel of Joban catch products.”
So what does Fukushima Pride mean to him? “You look out on this abundant sea, catch unbelievably delicious fish, serve it to people, and make them happy,” he said. “What could be better than that? Just being able to do that day in and day out is a source of pride.” 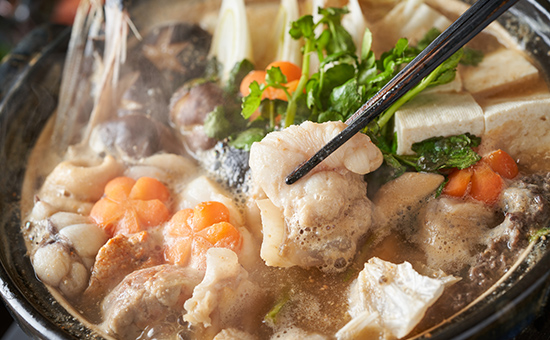 Now’s your chance to try Fukushima’s incredible monkfish!
To buy, visit our special sites on Amazon, Rakuten, or Yahoo! Shopping shown on the right.